Everyone is talking about BBC Three’s latest series “Normal People”. The series is a adaption of Sally Rooney’s hit book “Normal People” one of the most talked about books till this day.

Marianne and Connell are Rooney’s two Irish main characters who first meet in high school. Connell is introduced as the stereotypical jock with his friends mainly passionate about their own vanity whereas Marianne is a quiet, awkward, privilege student who isn’t afraid to say what she thinks. The series show how both characters grow and adapt to life in university and after via troublesome relationships and feeling lost in their early twenties. The series is a shot to shot successful portrayal of Rooney’s novel.

This is not a romantic comedy, far from it even though there are hints of romance between the two characters. It is a realistic, believable love story from the awkward sex scenes (there is a lot) to the discussion of mental health and coping with life itself.

It is just an important book that doesn’t shy away from a sorrowful fairytale ending. This becoming of age series shows the pressure of university, showing how hard it is fit in with others especially if there is a class division. It shows how’s people various relationships with friends can change as you go through university. I don’t want to spoil the series because it is beautiful and amazing and such a heart breaking experience; but there are themes that are shocking and heart wrenching. The actors who play these wonderful characters are the perfect expectation from the novel and the day dream aesthetic just makes this a perfect combination.

If you are a fan of both book and series, I’d highly recommend “Conversations with friends” too. 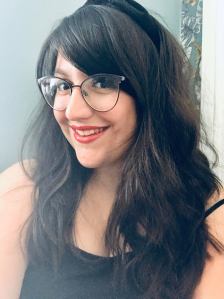